Seventeen years ago this December, Malaysia was traumatized by a disaster that to this day remains a painful memory. At 1.35pm on 11 December 1993, a twelve-story block of apartments in Kuala Lumpur at the Highland Towers condominium suddenly collapsed, killing 48 people. The primary cause of the tragic incident had been 10 days of unrelenting tropical rainfall that caused an enormous mudslide that toppled Block 1. The city’s fire and rescue services faced an unprecedented situation as they struggled to find survivors in the massive heap of twisted wreckage, while relatives and friends waited desperately for news of the missing. In the aftermath of the tragedy, came an avalanche of urgent questions.
Since then, stories of weird dogs chasing cars in the middle of the night and youngsters being possessed while ghost hunting circulated like wildfire until today. Even the police wouldn't dare to go on a patrol there at night! the Highland Towers have become famous for claims of being a veryhaunted place. Voices of the dead can be heard at night and ghostly figures are said to have appeared at the scene. There are also a story about a taxi driver who picked up a woman passenger at the middle of the night and being asked to drop her at the place.She left a bag and the poor taxi driver found it to be full of blood! 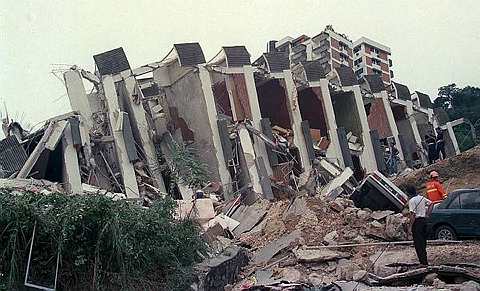 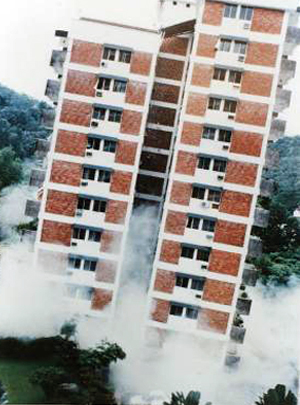